How will the Life Sciences integrate software as a medical device? Neha Gupta, Global Digital Product - Ipsen,  joined us to share expertise and insight on how this will dramatically impact the industry as a whole.
⟨  PREVIEW  |    TRANSCRIPT ⟩

What exactly is software as a medical device?

Our guest today, Neha Gupta (Global Digital Product – Ipsen), works extensively in this space and will share with us what Software as a Medical Device (SaMD) exactly is, why it's important for companies to develop capabilities now, and how these solutions will become a significant part of many company portfolios in the years ahead.

Thank you again for joining us for another Insights video with myself, Harsha Kubavat,head of strategic consulting at INOVIS. Today we're going to be talking about software as a medical device and joining us today is Neha Gupta.

Neha, thank you so much for joining us on today's show.

Thank you for the invitation and it's my pleasure. Looking forward to talking about software as a medical device or SaMD as we end up calling it. I think maybe before we get started just remind everyone that this is a recorded conversation it's going to be quite loose and fluid we've got a few topics that we planned in advance but obviously we'll just see how the conversation takes us.

Absolutely and I love the way that you put it ended up which is which is sort of the theme of how I am here today. So I started in the healthcare space as a healthcare provider where I was working as a periodontist and implant dentist for almost five years. And during this time I wrote a research proposal around how we could use technology to improve patient outcomes. This was my first attempt to actually bring in technology into my healthcare practice and that led me to designing this program with university of Hong Kong through a scholarship. I really enjoyed working in this intersection of health care and technology. I’ve been there for almost seven years now and that also means I’ve not touched a patient in the last seven years. In these seven years I came to Oxford, completed my MBA, worked in a venture capital space looking at digital health investments and was then part of a remote patient monitoring startup based out of London. In my initial years of post MBA finally ended up joining Ipsen as their digital product lead in the neuroscience faculty. So that's a very short summary of how I’ve ended up here and actually work ended up. I think the same applies to many people that work in competitive intelligence and strategic consulting space like me I mean competitive intelligence is uh something that's evolving growing and I don't think I went to school thinking this is what I’m going to do but hey here I am and see where the journey takes me and takes us. 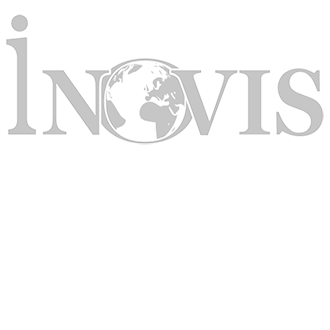 find us on LinkedIn